So you want to know where Santa lives, huh? That’s an easy question to answer, the North Pole of course.

Oh, did that not answer your question. Then you must mean where does Santa live.

Well, I can’t give you Santa’s address (only the elves, reindeer, and Mrs. Claus know that) but I can surely give you more details than just the North Pole.

There it is, Santa’s mysterious workshop. You’re probably thinking to yourself, “This doesn’t look like a picture.” Well, you’re right it’s not, Santa is very cautious about sharing where he lives so when we mailed him a letter asking just that, he sent back this.

Now, I know that we’ve all heard that Santa lives in the North Pole but has anyone been able to prove it? I don’t think so and after a lot of research, I think that I’ve gotten the closest to finding out where Santa actually lives.

Let me prove it to you.

This picture doesn’t tell us much about where Santa lives but I can tell you one thing for sure, wherever he is it’s snowy. Now that may seem obvious but hear me out, after hearing stories about the big man my whole life, I’m going to assume that there’s snow on the ground year round.

That tells us a lot, that wherever he is, Santa has got to be on land that’s furthest from the equator. In other words the North Pole or the South Pole, and like I’ve stated before we’ve all heard that Santa lives in the North Pole.

We now have FACTUAL proof that Santa resides in (or near, you’ll see) the North Pole but I’m not done hunting him down yet.

I did some digging and finding the North Pole isn’t as easy as you’d think. After a quick Google Maps Search, the result when typing in “north pole” is North Pole, Alaska, definitely not what I expected. Because unlike the South Pole, which lies on the continent Antartica, the North Pole does not. The North Pole is in the middle of the ocean and is not actually on a piece of land.

So what does that tell us? 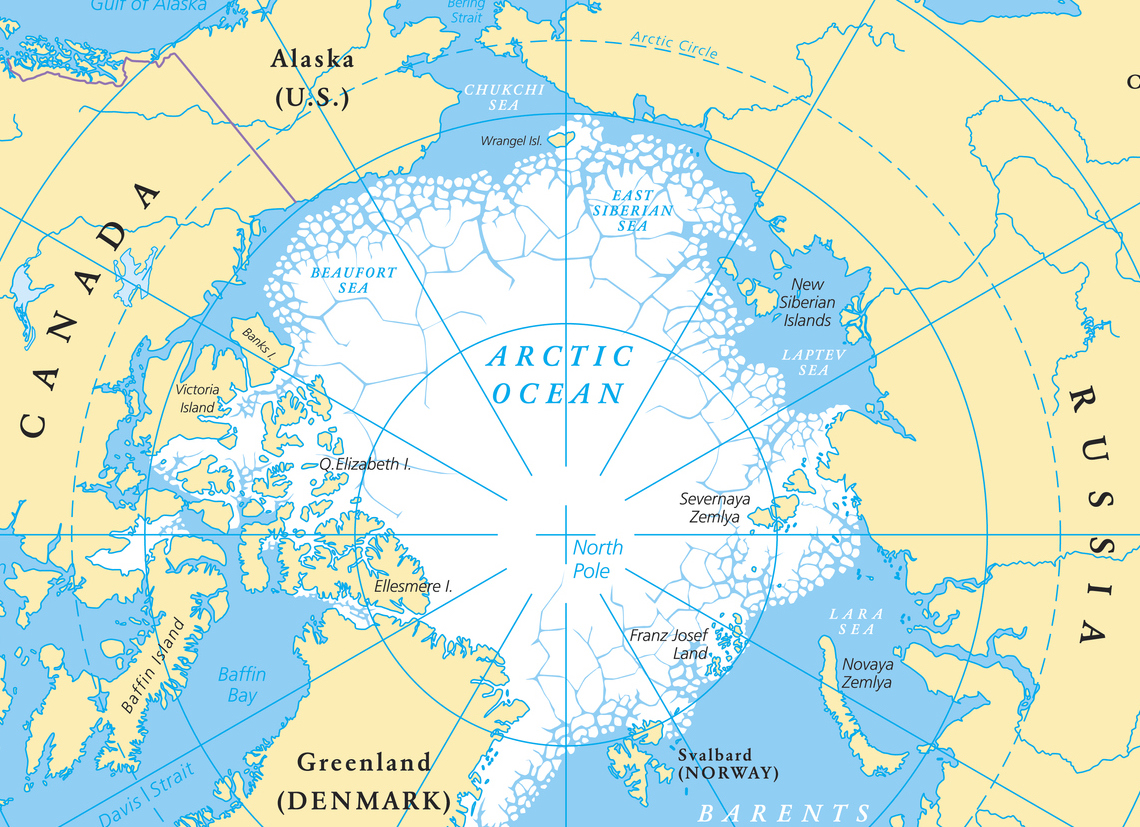 Looking at this map we can see the land masses around the North Pole. They are Canada, Russia, Alaska, Greenland, and a few small islands.

That’s what my research can tell us, that Santa’s workshop is somewhere in the countries above. Well folks, that’s where I’m ending my search. But don’t be too disappointed, if you were looking to find where Santa lives so you can drop by for a visit then I’ve got some good news for you! Many consider Rovaniemi, which is the capital Lapland, Finland, to be the official home of Santa Claus. You can visit Santa Claus’s Village year round or anytime you want to get a dose of some Christmas Spirit. Once you step inside the village you’ll immediately be struck with awe, it’s free to go into and open year round so you have no excuse to not visit. In the village, you’ll find everything you expect to like real reindeer, a sleigh, a sack full of toys, and yes even Santa himself.

You’ll truly feel like you’re in a magical place as when night falls you’ll often see the Northern Lights, which are beautiful streams of often green light that brighten up the night sky; it’s a stunning sight to see. Come around Christmas time and you’ll find the town preparing for the holiday by setting up a Christmas Market, Christmas meals, and activities like a reindeer safaris. You can even stay in a cottage that’s near the village itself where Santa will personally stop by and give gifts to all the good boys and girls. Take a trip here and you’ll feel transported into Santa’s village yourself!

Just like Rovaniemi, this town in Alaska is open year round for visitors. But unlike Rovaniemi, North Pole, Alaska is a real town with a city hall, residents, and other city like resources. So what does all that mean? That you can live here! Imagine living in a city called North Pole, talk about having the Christmas Spirit but f you just want to visit then North Pole has you covered.

To kick off the holiday season the city of North Pole, Alaska puts on a Winter Festival that includes a candle lighting ceremony, fireworks, Christmas Ice Carving Festival, and a community tree lighting ceremony. It’s also home to the “official” Santa Clause Home which is a huge building where Santa is claimed to live. It’s so big and decorated that it’s impossible to miss as you enter the city. The cherry on the cake? That live reindeer and photos with Santa Claus are available year-round for visitors.

Norway isn’t about to let Finland take the title for being the Home of Santa Claus. Norwegians say that Santa lives in Drøbak, a town near the North Sea and close to Sweden’s border. They even take it one step further and say that Santa was born here and never left! (according to their town website) The two main attractions are the Christmas House, presumably where Santa lives, and Sant’s Post Office which thousands of people flock to a year to see letters sent to the man himself hung up on the walls inside the building.